News this past March out of Harvard University’s Cosmic Microwave Background (CMB) Group detailing discovery of the possible evidence for inflation in the early universe is taking a universal beating as of late for failing to properly account for dust, perhaps in the group’s haste to leave its competition in it.

Their findings using the South Pole-based BICEP2 telescope hinge on the detection of gravitational waves, which cosmologists have long predicted would produce a specific type of polarization. They were correct in more ways than one.

I remember seeing the media advisory on the American Astronomical Society (AAS) listserv announcing the Monday morning press conference at Harvard’s Smithsonian Center for Astrophysics — an unusual occurrence in my admittedly relatively young experience in science media circles, outside of announcing a Nobel Prize. Given that Harvard is a fellow partner in the Giant Magellan Telescope, I emailed Texas A&M astronomer Nick Suntzeff in hopes that he would know what could justify such a media frenzy.

He did. And per his usual, he had a strong, succinct opinion on both the breakthrough and the group’s manner of conveying it to the world: “All this drama — science did not used to be like this.”

Months before the latest round of back-pedaling in the media, Houston Chronicle science writer Eric Berger had been among those sounding the alarm regarding the damage done to science’s credibility and public image. I emailed Nick then for his counsel, just as I did when I saw Dennis Overbye’s New York Times feature and then another in Nature on back-to-back days earlier this month. Nick didn’t mince words. Nor should he, in my opinion. Then again, we’re both fans of implied duty and inherent responsibility.

More importantly, he offered some great comparative insight on how he and the High-Z Supernova Search Team handled their own early stage Nobel Prize-winning research that ended up proving the universe’s expansion is actually accelerating, thanks to a mysterious substance they co-discovered: dark energy.

“When we discovered dark energy, all we did was to find that the distant supernovae were too faint in comparison to what was expected,” Nick wrote. “We immediately worried that there was some sort of dust in the universe we did not know about that could cause this. We gave a simple argument as to why we felt this dust could not be causing the effect. Dust makes stuff look red — look at something through a forest fire, and it appears red. Same in the universe. We did not see this reddening.

“Also, if there was dust in the universe that we did not know about, more distant stuff should appear fainter because the light has to travel through more dust. This latter effect was difficult to measure, but we did show it was unlikely. All this was in our papers. What we did not do was to say that we have considered dust as causing the faintness of distant supernovae and then not tell the reader why we concluded this. That is what the BICEP2 paper did, and it confused us all as to why they did this.” 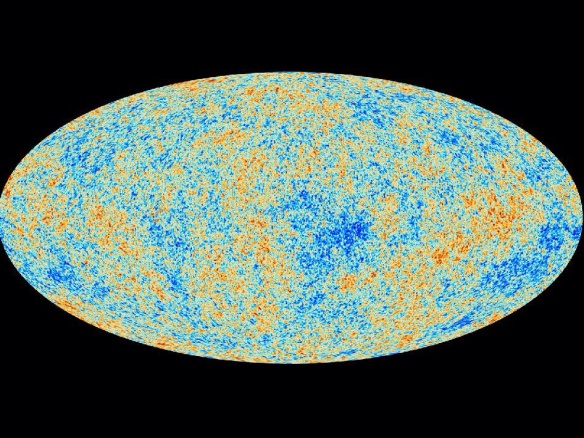 If astrophysicists the likes of Nick Suntzeff are confused, one can imagine where this leaves the public, both in terms of understanding this “discovery” and in their general impression of science.

First, do no harm.

The BICEP2 kerfuffle (have always wanted to use that word!) reminds me of a previous occasion when Nick flexed his writing muscles in the name of responsible science. The result: a memorable 2011 guest post for the Last Word On Nothing blog in which he simultaneously describes and decries how science is done these days.

For the first time in I can’t remember how long, I managed to read a pleasure book cover to cover on consecutive weekends. The first was a recent gift from a dear friend, made all the more special because she wrote it. The second was one I rediscovered earlier this week in my desk at work, made doubly special not only because it was written by a longtime family friend but also because its inside front cover harbored a hidden PostIt note from my mom, hands down the best writer in the family.

Thanks in large part to Mom’s steadfast encouragement of my childhood bookworm tendencies, I’m a firm believer that being an avid reader goes hand in hand with being a good writer. Interestingly enough, the New York Times recently detailed a German study on the science of creativity using writing as the medium. Reactions to the results are mixed, with most agreeing it’s an intriguing topic if not a start.

Me, I’m thrilled beyond words creative or otherwise that my oldest son appears to be well on his way to following in his grandmother’s dog-eared, ink-stained footsteps. Just this past week, he devoured the 487-page Divergent, plus 72 pages of bonus material.

I’m not sure if his grandmother would be proud, amused or slightly alarmed by last weekend’s topic of discussion: the comparative literary merits of Edgar Allan Poe and Stephen King, courtesy of Epic Rap Battles of History. (Who says this Internet thing is all bad?!) Although my son is intimately familiar with the works of neither author, he is absolutely curious and eagerly anticipating the big moment when his dad and I pronounce him old enough to read such suspenseful classics without the 100 percent guarantee of nightmares.

All the talk of Poe instantly transported me back to high school and the many great short stories we read as parts of some amazing anthologies that, although assigned reading, imparted what for me were lifelong lessons in the exploration of creative voice and artistic expression. I mean, who could forget The Cask of Amontillado or The Telltale Heart?

But beyond them, there could be no better introduction to the fine art of foreshadowing than The Monkey’s Paw or Lamb to the Slaughter. I decided he was old enough for the latter, so I sent him the link.

Now, as for remembering to check his email? That jury’s still out. 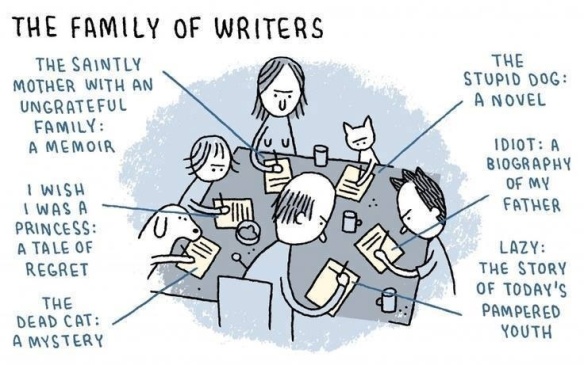 This was us growing up (minus the pets), but all with our magazines! So glad Mom and Daddy allowed reading at the table during meals. Goodness knows we all got our fair share of bonding in over farm, ranch and dairy chores.

As I have mentioned in past blog entries, one of the many perks of my job is having experts at my fingertips. With a simple email, phone call or Facebook message, I can get instant feedback concerning the day’s top headlines, scientific and beyond.

Take for instance last week’s reports celebrating discovery of oceans of water beneath the Earth’s surface. I happened to catch a radio snippet recapping the Huffington Post’s version of the story as I was heading solo to the grocery store on a rare Friday vacation day. (Yeah, I’m as surprised as you are as to what qualifies as vacation for this full-time working mom of three ages 10 and under. But that’s another story with neither experts nor answers!) Intrigued, I first Googled the story to find out where it originated (Northwestern University), then emailed my friend Wolfgang Bangerth, a Texas A&M mathematician and author of a modeling software program, ASPECT, that is designed to develop, among so many other things, clearer pictures of Earth’s interior.

Besides being a computational scientist and modeling genius, Wolfgang is no slouch when it comes to geophysics — or any engineering-related branch of science, in my experience. While I knew this would be right up his alley, I didn’t realize he was in South Korea at the time teaching a weeklong workshop. Distance certainly didn’t affect his ability to advise nor my efforts to produce a press release on the subject with his copious help.

(Here’s an example of Wolfgang’s ASPECT-driven work — convection in a 3D box. Reminds me of those cool optical illusion-type puzzles you got as a kid or the nifty gel-based paperweights you sometimes see in science-types offices!)

For me, curiosity is right up there with a sense of humor and vocabulary prowess in the way of appealing attributes, but I do so love it when others share my enthusiasm for a spur-of-the-moment idea, PR-related and otherwise. Wolfgang certainly went the extra mile (pun intended) to bring this one to fruition, paying me and other communicators what I consider to be the ultimate compliment during a side discussion concerning my use of the formal “Dr.” title with him out of habitual respect:

“It’s a title. I got it by doing my job, not by being particularly brilliant. As for respect, you are doing a fantastic job, too, and I do respect that just as much. At a university, we’re a team. You can’t do your job without us, and we can’t do it without people like you. I see no reason why we shouldn’t treat each other as equals.”

Well said as always, my wise friend. Let the record show (at least in this piece) that I’m recovering nicely.

Thank you, Wolfgang, for the global assist and the team affirmation. Awesome to the core!

Another bonus of being friends with such a world traveler as Wolfgang Bangerth is lots of vicarious adventures, given his love of all things outdoors, nature and related photography. Here are but three picturesque examples: traversing rugged terrain in South Korea’s Seorak Mountains National Park, exploring evolution and iterations of blue at Isla San Cristobal, Galapagos and admiring the jaw-dropping descent and beauty of Victoria Falls, Zambia, South Africa. (Credit: Wolfgang Bangerth)