I read the other day that the average 4-year-old asks 437 questions a day.

As a mother of three young children (the youngest being a 3-year-old whom I’d consider advanced for his age, if not so much in potty training, then in this department), I can identify. As a journalist who works day in and day out with scientists who poke, probe and ponder for a living, I can also appreciate.

So much value in simple curiosity and in being persistent enough to follow this innate gift to its fruition, whether the outcome ends up being success, failure or something in between. In recognizing and relating to the beauty in the build-up. The end game in the before, during and after insight. The process in and of the pursuit. The long-term possibility, even in the face of setbacks or sidetracks.

In so many ways, scientists and journalists have a lot in common. Both seek to raise awareness and convey information, ideally answers and solutions. In both worlds, accuracy is paramount – or should be. In absence of it, the product/audience is cheated, as is the profession.

Years ago, I got the opportunity to sit in on a PBS interview with 1986 Nobel Prize in Chemistry recipient Dudley Herschbach, who recounted being asked by a fifth grader whether he thought scientists were made or born. Dr. Herschbach’s answer? “I’m sure scientists are born just like everyone else; however, the difference is, they’re not unmade. Every little kid is a natural scientist because they’re naturally curious. They also want to understand things they see, so they ask lots of ‘why?’ questions. That’s what science is.”

Dr. Herschbach went on to describe research as child’s play, equating it to the way a child first learns a language: “A child isn’t worried about getting the words right or wrong, so they just imitate and they play and they experiment and they learn. That’s the way you need to do science.” 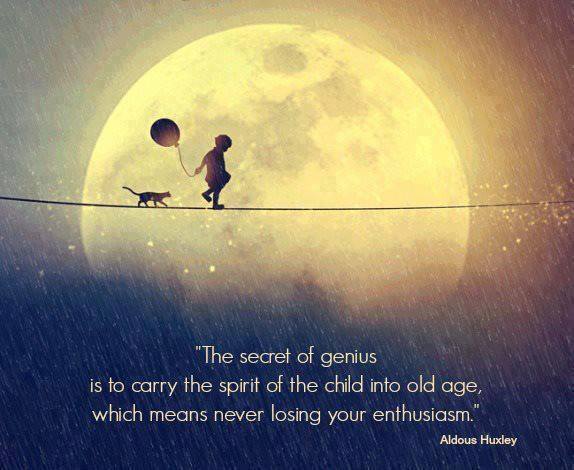 Out of the mouths of babes, not to mention a Nobel laureate: The world depends on 4-year-olds asking questions. And on us retaining our inner 4-year-old. Well, maybe minus that back-talking part! I bet even Dr. Herschbach’s mother would agree.